The American College of Gastroenterology

​The American College of Gastrointestinal Endoscopy

Dr. Seara was born in Puerto Rico.  His father was a retired lawyer and judge from Puerto Rico.  His mother was from Galicia, Spain where she earned a pharmacy degree before marrying and eventually moving to Puerto Rico with her husband and eldest son.  Dr. Seara attended college at La Universidad Catolica and later moved to the US to complete his Medical Degree at Mount Sinai School of Medicine.  He met his wife in Washington DC, while completing his residency at the George Washington University Medical Center.  Dr. Seara has three children and when he is not working, he loves to spend time boating and playing sports with his wife and children, and practicing Aikido.

Dr. Seara is fluent in Spanish 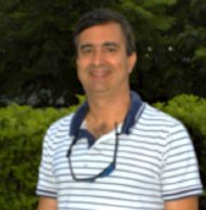